He actually inspired today’s article. Today, I’m going to tell you what I told him…

Every week in fact, my clinics and programs are a destination for people from all walks of life who suffer from mild to severe back pain. The first thing you should appreciate is: Pain from a herniated disc IS something that can be fixed without drugs, injections or surgery. That’s right. Allow me to be clear about this, because it’s important: Doctors are under intense pressure to see as many patients as they can. When a doctor tells you the only way to find relief is through drugs, injections or surgery… You’re not quite being told the whole truth. It’s unfortunate, but the state of our healthcare system forces doctors to live by the old saying… “If all you’ve got is a hammer, everything becomes a nail.” And no matter how well meaning, they’re forced to advocate certain pre-authorized treatments. That’s reality. (I have doctors in pain who visit my clinics, so I know.) So when doctors put a label on your pain, such as “herniated disc,” and give you their recommendation… I totally get how good that makes you feel in the moment. What happens next? They prescribe some heavy duty Ibuprofen to calm the inflammation, maybe ship you off to a physical therapist, and then… They’re on to the next patient. And we already know how well that helps, don’t we? Let’s face it:

Patients return repeatedly with the same pain, the same issue, the same cry for help. The doctor eventually begins to wonder whether the patient even wants to get better. (Especially when the patient rejects, for good reason, risky surgery.) Imagine that! It doesn’t quite occur to them it could be THE TREATMENT that’s not working. And that’s because their “herniated disc” diagnosis just becomes an easy way of sending the patient home happy in the moment. For the record, here’s what a herniated disc actually is… Have you ever eaten a Dunkin’ Donuts jelly-filled donut? Your spinal discs are kind of like that jelly donut… With a soft, spongy center encased by a firm, outer shell. That jelly can then irritate nearby nerves and cause excruciating pain, numbness or weakness in your back, arms and legs. Now normally, doctors can identify the cause of your pain. They’ll say, “You unfortunately have a herniated disc.” And then they’ll offer you up some options. In the moment the pain can so intense and debilitating, you don’t really care what the option is as long as it gets you the relief you want. But as often the case… the relief is only temporary. Or comes with rather nasty side effects. The worst part is: If the issue is not adequately addressed, you never heal. And that means your pain will be PERMANENT. (You may actually feel that way right now.) And for the record, drugs and injections do not heal herniated discs. They only mask the pain. And one of the back pain establishment’s dirty little secrets is how addictive and dangerous these “medications” can be. And surgery? In the words of one my clients, it’s “a 50/50 shot at best.” Not to mention the down time, reduced mobility and risk. This leaves many people feeling there’s only one other option: living with the pain. It’s a cryin’ shame. That’s why I prefer to take a more self-directed, holistic approach to fixing herniated discs.

So… How Do We Heal Your Disc and Fix the Pain, Tingling and Numbness?

Recently, Jay came to my clinic. At 66, he’s an avid golfer. Plays twice a week. But… The first time I saw him, he hadn’t played in years. Because of a herniated disc (in his doctor’s words “obliterated”), he was just in too much pain. Here’s Jay’s inspiring story in his own words… I think it may inspire hope if you’re also suffering… 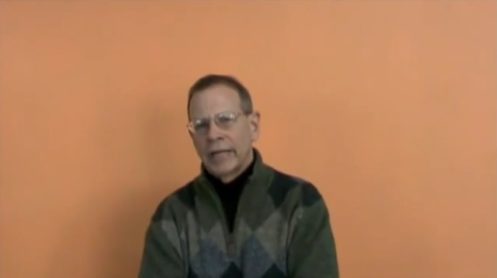 I’m a golfer. About 25 years ago, I felt a sharp and severe pain in my lower back. After an MRI, the problem was diagnosed as a herniated disc between the L5 and L6 vertebrae. I was told this was a very common spot for this to happen. And that medication, some rest and possibly some physical therapy would help. The conservative orthopedic surgeon was hesitant to operate, citing my level of pain and my ability to still get around. The medication did help. And despite occasional flare-ups all was well until… About 10 years ago, when I felt intense pain while doing strenuous work. This time the MRI showed that the disc was “obliterated” and there was nerve impingement between the vertebrae. (The doctor’s words, not mine.) The initial sharp pain subsided. But… I was left with a lower back which I had to be extremely careful with. My sleep was disrupted. I had to give up most strenuous physical activity. My yard work was limited to what little I could do. On several occasions, I had to miss work because of back pain. At times the pain was so bad, I was unable to get out of the chair or get out of bed. It made it very difficult to do routine, daily things. I went to a physical therapist for 6-12 weeks. That didn’t seem to help much. Worst of all, I had to give up golf. It simply it was too painful to continue to try to play. No lifting, no golf, poor sleep and even standing for more than 20 minutes was painful. Cortisone injections and oral medication helped, but that is powerful stuff. And it has dangerous side effects and can be used only to a limited extent. I put up with this impairment for many years years. Sometimes better. Sometimes worse. Then back in 2008, I met Ian Hart. On a whim… I showed him my doctor’s report and MRI. He put me on his program right away. To my surprise, I felt improvement in just a few weeks. I have continued with this program for 4 years and it has continued to improve. Has my back pain totally gone? No and it probably never will. That said… The improvement has been significant and my quality of life has greatly improved. Today I am able to play golf again. At least twice a week. My game has come back and I am enjoying it much more than I ever have. I’m able to drive the ball further than I did 20 years ago and strike the ball probably better than I ever have. Regardless of whether you have back pain or not, if you’d want to be active in golf or tennis, I think Ian’s program would help anybody’s lifestyle. I golf, play tennis, garden and even remodel homes. And best of all… I now sleep much better. In addition to my back improvement, I am now much stronger. My doctor even commented that my lifestyle is keeping me healthy and that I’m in much better shape than most 66 year olds. Thank you, Ian! – Jay Burner Beaufort, SC

How did we help Jay? Or maybe more aptly, how did Jay help himself?

He did 8 specific movements… These 8 movements are totally unlike “the sheets” of exercises you get from chiropractors or doctors. Instead, we “wake up” certain muscles and restore muscle balance. That’s key. Then in certain areas of her back, we jump-started pathways so vital oxygen and nutrition could get in and help her heal. That’s the holistic way to relieve and remove back pain. In Jay’s case, it took just a few weeks. And that’s not uncommon. Just a few weeks and he was feeling tremendous relief. Able to drive the ball farther than he has in decades. Yes, there ARE ways to get out of pain. They don’t require medication, surgery or injections. They don’t require months of physiotherapy. You just have to restore your body’s natural functional movement and muscle balance and allow it to heal naturally. To learn more, watch this video. About the Author: 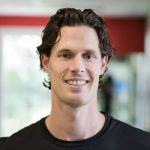 As Founder of mybackpaincoach.com, Ian Hart has helped thousands get out of pain without drugs or surgery. If you’re plagued by constant back pain and want to learn more about a fast, natural way to get immediate relief, find out more in this free video.